Our friends at G-dcast offer up this great video about Abraham’s Tent. This video can start a great conversation about heroes, leaders and God.

In this week’s parsha, Parshat Lech Lecha, God promises to make Abraham into a great nation:

“And He brought him outside, and said, Look now toward the skies, and count the stars, if you are able to count them; and he said to him, So shall your seed be.” (Genesis 15:5) Kids love stars and they love glitter so any project involving the two would be great for this week’s parsha. I have always wanted to make a “snow globe” so I decided to use this as a chance to make a “star globe” instead!

This week’s parsha, Parshat Lech Lecha, is all about journeys. God commands Abram to “Go forth from your native land and from your father’s house to the land that I will show you” and “Up, walk about the land, through its length and its breadth, for I give it to you.” Abram obediently follows God’s command and begins to walk – step by step – through the sands of the desert to reach his ultimate goal and destination. Since it is still the beginning of the school year, this is a great opportunity to ask your kids where they would like to reach or what they would accomplish by the end of the year and what “steps” they will have to take to get there. 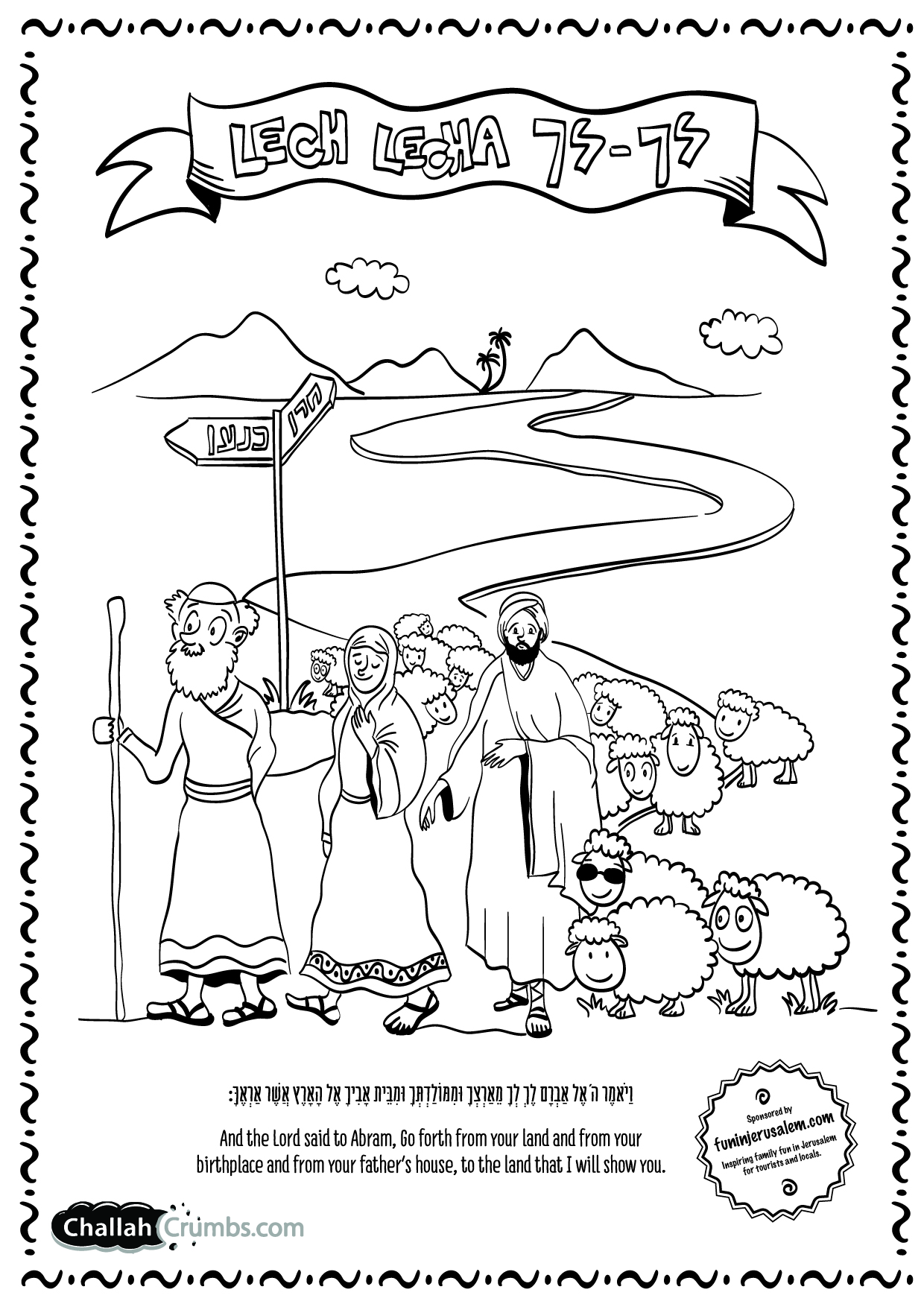 In this week’s Torah reading, we are introduced to Abraham. He leaves the land of Charan and sets off on a journey to a new land to create a new nation. This week we learn about famine, wars, alliances and covenants. Use the word key at the bottom of the page to find the 10 words hidden in our word search. Shabbat Shalom!

In this week’s Torah reading, God promises Abraham that his descendants will be as many as the stars in the sky! Help Abraham find the star in this week’s Maze Magic.

In this week’s parsha, we encounter Avraham. There is so much we can learn from Avraham, even though sometimes we imagine him to be larger than life! Let’s look at some of the stories, trials and tribulations from this week’s parsha and ask ourselves:

With stars and sand and covenants with God, your Shabbat table will sparkle this week!

Avram sets out on a journey that takes him to a new land where he begins his new family and starts a new religion.

In this week’s Torah reading, Abraham’s shepherds and Lot’s shepherds quarrel. The Torah tells us that there just wasn’t enough grazing land for everyone’s sheep when they traveled together. So Abraham told his nephew to go one way, and he would go the opposite way.

The Torah tells us that Lot saw the area of the plains of Jordan, right by Sdom and Ammorah, and wanted to live there. We learn right here, in this context, that the people of Sdom were “wicked and sinful towards Hashem” (Chapter 13 verse 14). Unfortunately, that didn’t make Lot hesitate.

What is interesting is that in the middle of this story, the Torah describes the land Lot chose in great detail by saying that “it was well-watered everywhere…like the land of Egypt” (Chapter 13 verse 10).

Why is that necessary and significant information? Why is it important to tell us about the way in which Lot’s choice of land was irrigated? And how is that like Egypt? What do we know about Egypt’s water supply? They lived by the Nile and it supplied them with water. This river was so important to their society, they worshipped it. G-d actually chose the Nile as the target for the first plague. What other way might a country have/receive water?

Think of the land of Israel. The Torah in Sefer Dvarim, Chapter 11 Verse 10 tells us that Israel is a land that is “not like Egypt” because, unlike Egypt, “from the rain of the heavens it will drink water.” Israel, we are told, needs rain. It does not have a guaranteed water supply like the Nile River in Egypt.

Why does all this matter? And why should we know that Lot chose a land that is like Egypt in how